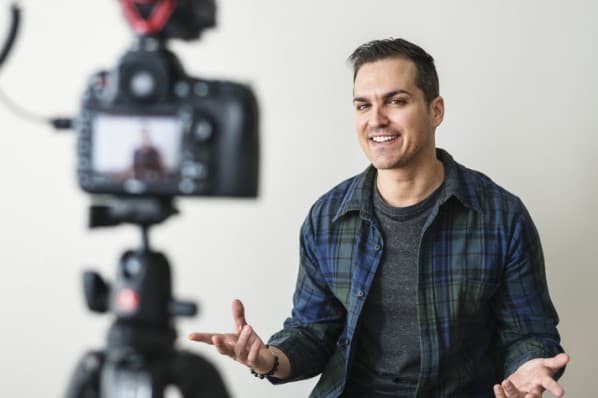 What it all boils down to is that customer experience is at an all-time high. Customers now have dozens of different channels to promote or complain about a brand or company if a sales experience goes poorly whereas previously their sphere of influence was only their close friends or network. Investing in conversations tools really matters because the consumer microphone is more powerful.

Second, the job market is scorching right now – so sales teams either have to pay more for great people or settle for less experienced people. In the latter case, they want to get people up and running as fast as they can, and sales tools help with that. One of our customers calls it “investment protection.”

And finally, technology is just available now. In the old days, if you wanted to make your call center rep better, you had to pull them off the phones for training, and you had to hire more sales managers. Everyone knew it was inefficient – so much so many didn’t do it at all – which is why big sales teams sometimes get a bad rap for quality. Now the technology is available that you don’t have to do that. With us for example, we handle millions of sales calls, tens of thousands, simultaneously – which requires serious computing power – so it’s not easy, but it is possible now with artificial intelligence.

What is The Single Most Common Mistake Sales Reps Make is on their Calls?

I’ll give the biggest high-level mistake we see that manifests itself into a lot of smaller ones – it’s strategic as opposed to a single conversation mistake. And that’s that sales managers under-coach on the call opener — what we call the bonding and a rapport stage that takes place at the beginning of a conversation.

That’s not nothing, but think about this, the introduction happens on 100% (less if its outbound but still) of calls, and it happens before other variables sneak into the conversation. So mathematically it has a much much higher impact rate. If you improve that across the team, you multiply the success rate times 1.0 instead of .15.

What Is The Idea Behind Coaching Call Center Reps with Artificial Intelligence?

Yea So for those who might just be tuning in – Balto is artificial intelligence for Call Centers that understands phone conversations and automatically alerts sales reps with the best things to say, live on each call. So its immediate reinforcement for salespeople.

And humans are much better than computers at many things, but one area where humans have a poor track record is memory. And so there’s a mathematical formula called Ebbinghaus’ forgetting curve that tracks how fast humans forget things – we forget roughly 40% in 20 minutes and as much as 75% after a day. And If you add a customer or potential customer yelling at you on a phone call, the number gets even worse which I don’t think that was part of Ebbinghaus’ test.

So we wanted to find a way to combat this – and immediate reinforcement has been shown as the best method for doing so. So the sooner the feedback is given to the mistake, the faster people learn not to make the mistake. That proximity is critical, and sales training often drops the ball there, with sales training happening a week after when nobody even remembers the call. So the next solution is sales managers literally standing over sales reps all day reminding them every time they make a little mistake, and even if that was affordable and they wanted it, it would probably cause a sales mutiny. So that doesn’t work.

But AI can give immediate reinforcement – objective, accurate feedback on every single call. 100% of the time. So it’s validated as the single fastest way to build good sales habits and break bad sales habits. So that was the foundation for the idea

What Role Does Artificial Intelligence in the Call Center Play in Transferring Data Between Sales Reps?

Early engagement is a tricky thing – and Mari Anne actually has made a great point that companies often have their weakest salespeople as the first point of communication with potential customers. Naturally a few things happen; first, newer call center reps often don’t provide a world-class experience for customers (not their fault, we’re all human, and we’ve all been there –if you threw me in there, I bet I’d mess up a couple calls myself). Second, they don’t always have the experience or training to recognize or act on the essential parts of the call, mainly when conversations are nuanced. So critical information gets lost in the process.

With tools like Balto that can automatically track and record those key nuanced variables, you solve the problem. Further, and most importantly, you can standardize first-contact messaging across a team by providing consistent alerts for everyone. So that’s its not the Wild West of sales. So that’s our solution to the problem.

Reps Forget 55% of Their Coaching in 1 Hour. Stop Spending Time and Resources On Wasted Coaching!

You have Successfully Subscribed!

- Increase compliance scores to 95% and above

Thank You! You will be redirected to a link to download the Ebook.